I tried desperately to avoid Heathrow and fly direct into Manchester but to anyone who has used British Airways online booking you will know how difficult it is.

I settled on a flight via Heathrow and just my luck 48 hours before the IT system crashed.

My first flight with Qantas was very nice, I was not impressed with having to climb over someone to get out of my seat but Qantas decided not to give everyone an aisle seat.

When we got to Dubai and boarded the 2nd plane, after sat there for what seemed like hours we got off the plane so it could be fixed.

Fast forward and of course my luggage was left in Dubai but how could I be upset when I was met by my two nephews holding such adorable signs for me. 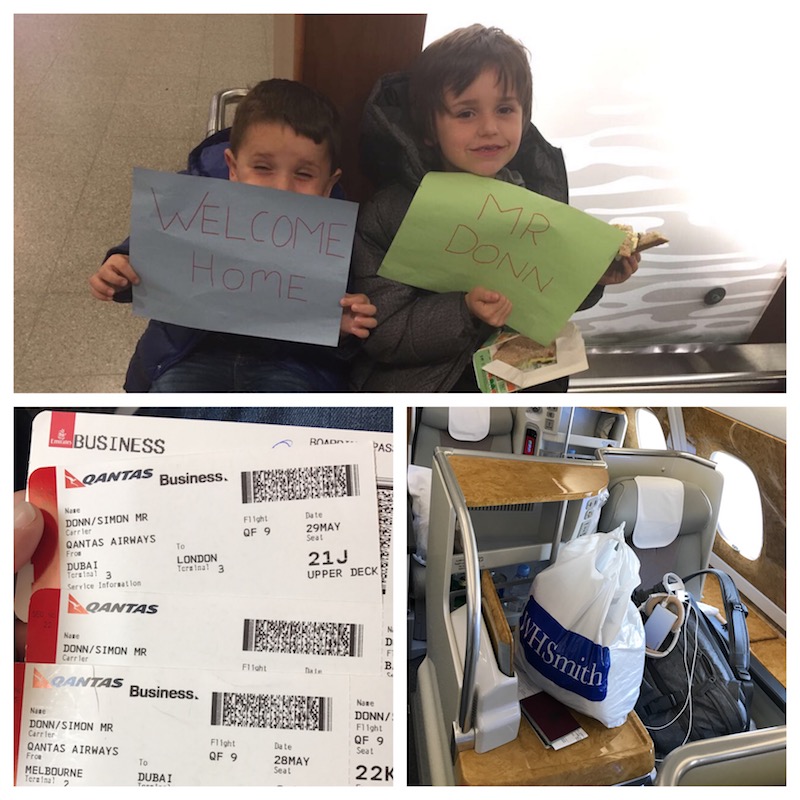